Armor King II is the younger brother of Armor King I, which is revealed in his Tekken 6 ending. His first outfit is similar to his brother's, but his second costume has the basic design from his brother's alternative Tekken Tag Tournament outfit.

In Dark Resurrection, Armor King (not the same Armor King from the previous game) appears in two redrawn versions of his brother's outfits. Unlike his Brother, he doesn't have two costumes identical to each other. (With the only differences being the color scheme.) 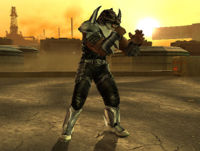 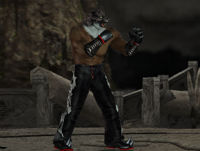 His Player 1 outfit is based upon his brother's classic armor outfit. The main differences with the original are that he has blades on his heels, his body armor is now divided in two pieces, to allow more movement, and that the shoulder pads are now more rounded and have some armor pieces going down his arm.

His Player 2 outfit is based upon his brother's Tekken Tag Player 3. The main differences are that he still wears his arm protections, he has some white flame-like designs on his pants, and he doesn't wears boots. He instead wears gym shoes with stings on their tip and a red base. 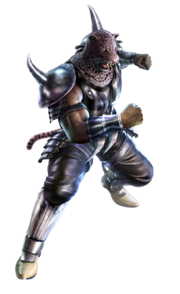 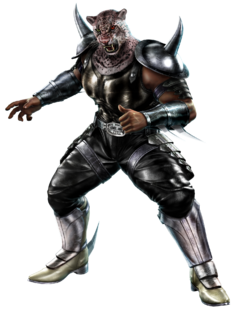