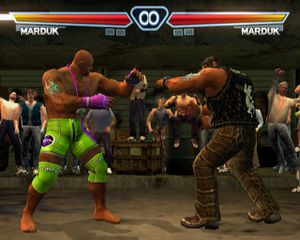 Marduk's Player 1 costume consists of lime green and purple shorts with logos on them, lime greem kneepads with name on them and purple gloves. He also has mixed coloured tattoo on his arm and purple and green necklace. 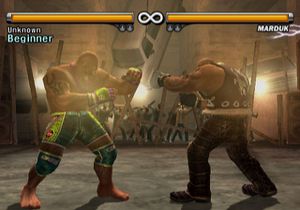 Marduk's Player 1 outfit for Tekken 5 is an updated version of his player 1 Outfit from Tekken 4. This time,his shorts and knee pads are pine green with lime green and purple gloves that match both sides of his shorts. He still wears a green and purple necklace, Like in Tekken 4,but his tattoos are black.

His Player 2 outfit is an updated version of his player 2 outfit from Tekken 4. This time,his vest and pants are different shades of brown with new logos on them. He now wears Dark Brown Gloves and black sunglasses. He no longer has a long hair and his tattoos are black,like in his P1 outfit. 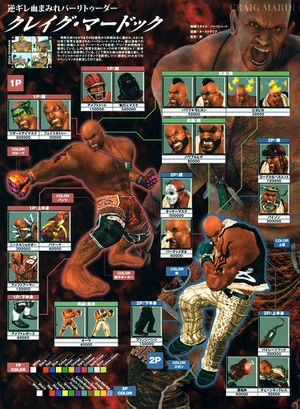 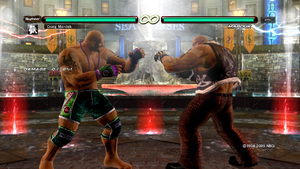