Feng was introduced in Tekken 5 as Playable Character. He is a man of Chinese Ethincity and a destructive yet ambitious master of Chinese Kenpo.

Player 2 Outfit: He wears a red suit with a white dress shirt and brown loafers.

Player 2 Outfit: His red tuxedo is changed to green instead of red and his white dress shirt is black. 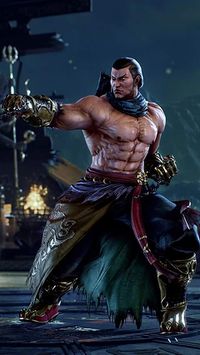 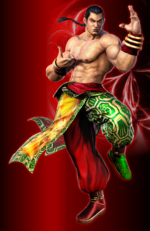 Feng's original render and costume in Tekken 7
Retrieved from "http://eng.tekkenpedia.com/index.php?title=Feng_Wei/Outfits&oldid=83875"
Category:
Login to remove all ads