So far, Jun Kazama has been seen wearing four different outfits in her Tekken appearances. In Tekken 2, Jun Kazama was introduced as a new character and only appeared in Tekken Tag Tournament so far. She has not appeared in any future games so far, so she has no new outfits. White seems to be the "theme" throughout her outfits, most likely due to the fact that white is used to represent goodness and purity.

Jun's Player 1 outfit consists of light blue shorts, a short light blue top, knee-high blue socks, blue fingerless gloves, brown shoes and a blue ribbon tied in her hair. Jun also wears this outfit in Tekken Tag Tournament. It implies that she appears in this outfit only when fighting in the tournament.

Jun's Player 2 outfit is probably her best known outfit. It consists of a white shirt with no sleeves and two parallel lines of buttons down the middle, black cropped trousers that come to just bellow her knees, white socks that are wide at the ankle, black shoes, and a white hairband. It is probably worth noting that this is Jun's outfit as it models her occupation as a WWWC office worker, a wildlife organization. Like Kazuya's Player 3 outfit, it's most likely worn when Jun works in the office. She would have appeared in this costume when she was sent to arrest Kazuya for commending his guard to capture and experiment an illegal species such as Roger/Alex. 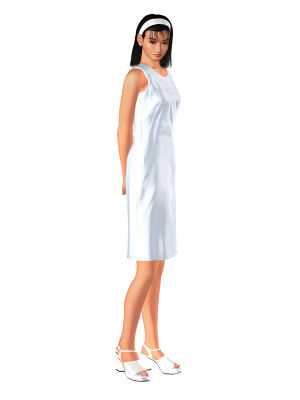 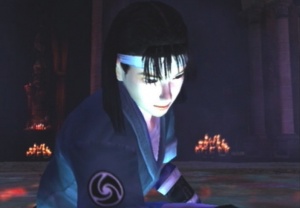 This outfit is new to Jun in Tag unlike most recolors. It consists of a dark green karate-style shirt tied around the waist with a sash-belt, matching gloves, dark blue shorts, trainers, and a white headband tied around her forehead.

This is an outfit also new to Jun in Tag. It is also a well-known outfit of Jun's, however, it cannot be selected to fight in. It consists of a white knee-length dress, white opened-toe high heels, and the same white hairband from her Player 2. She wears this outfit during both of the Tag intros and in most of her promotional art for the game. 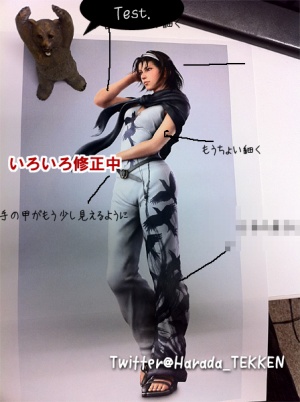 Her only known outfit

Player 1 Outfit: Her new Player 1 Outfit consists of a white cloth with large black bird emblems on the left leg and black scarf. She still wears her white headband and now wears dark colored sandals with one toe covered in black.

Player 2 Outfit: Her black scarf is changed to white and the white parts of her outfit is black and the black parts are red.