The Mishima Zaibatsu formerly known as Tekken Zaibatsu/Tekken Corporation (name changed after Jinpachi Mishima lost the Zaibatsu to his son). It was owned originally by Jinpachi Mishima, but the Zaibatsu was taken over by Heihachi Mishima, who has run the company for over 40 years, except for two brief interims. The companies grouped together in the syndicate include the Mishima Financial Empire, the mercenary group known as Tekken Force, and Mishima Industries. The Mishima Zaibatsu is the main sponsor of The King of Iron Fist Tournaments, the central events of the video games. In Tekken 5, Jinpachi Mishima regained control of the Mishima Zaibatsu. However, Jinpachi was defeated by Jin Kazama during The King of Iron Fist Tournament 5, and Jin gained control of the Zaibatsu. Jin's first course of action was to start a world war, in the hopes of awakening Azazel to end the curse of the Devil Gene. Unexpectedly, he disappears during the war, and Heihachi is able to retake the company in Jin's absence from Nina Williams. 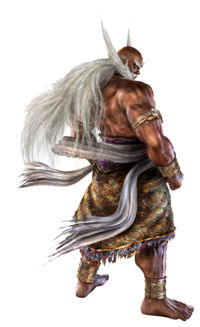 The constant change of ownership of the Zaibatsu is one of the Tekken series' many little quirks.