Character of the Month 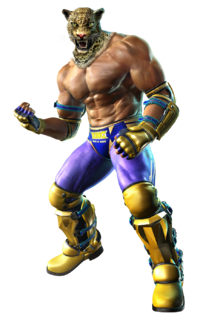 King (the Second) is a Mexican wrestler who took over the role after the death of the original King, who had funded the orphanage he lived in as a child. Like the original King, he was trained by Armor King, who became his mentor. King found a nemesis in Craig Marduk, a Vale Tudo fighter who had appearently killed Armor King, however, since the return of Armor King, and air of mystery has been around the true events of the "Arizona bar brawl".

View edit history of this page.