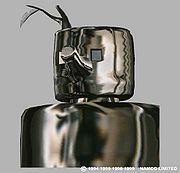 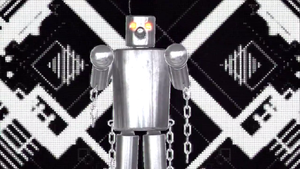 Tetsujin at the start of his pre-fight animation.

Tetsujin had returned in Tekken Revolution, as a non-playable sub-boss.

Tekken Revolution is a non-canonical game, containing no plot.