In Tekken Revolution, Kinjin appears as a non-playable boss. 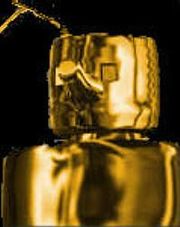 It is possible that the design of Kinjin (from Tekken Revolution) is based on Tetsujin's golden palette swap. Golden Tetsujin can only be played as by winning 10 consecutive matches in Arcade mode, VS. mode, or Survival mode with any character. Although his ending is not selectable in Theatre Mode, you can view golden Tetsujin's ending by playing Arcade Mode as him. 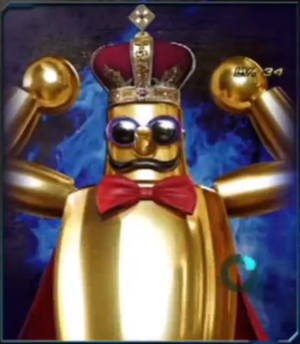 Kinjin performing a throw on Kazuya.

In Tekken Revolution, Kinjin has a new look with a crown, a cape, a pair of sunglasses, a bow tie and a mustache. Additionally, his torso is now larger than Mokujin and Tetsujin's.

Tekken Revolution is a non-canonical game, containing no plot.

Important Notice! Because the character has been made non-canonical, none of the relationships apply to the canon story of the Tekken series.